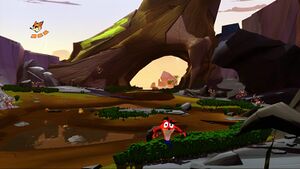 Pitches were being accepted for a Nintendo DS version. One of the contenders was Renegade Kid, who went as far as producing a playable demo as their pitch, and another was WayForward, whose pitch would eventually become the basis for Galactic Taz Ball.