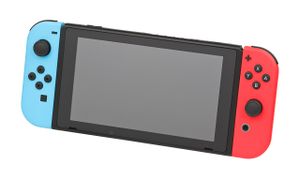 A Nintendo Switch in handheld mode

Nintendo Switch also has an article on the Spyro Wiki!
Retrieved from "https://crashbandicootwiki.com/w/index.php?title=Nintendo_Switch&oldid=3785"
Category: