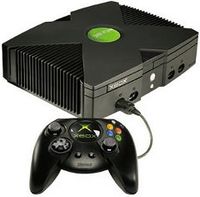 The Xbox is a home console released by Microsoft in 2001. It was later succeeded by the Xbox 360. The Xbox, along with the Nintendo GameCube, are the first two home consoles that a Crash Bandicoot game was released on outside of the line of PlayStation consoles.