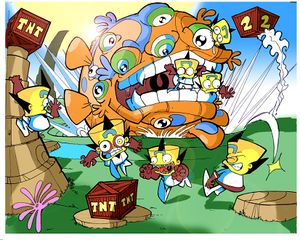 Cortex Chaos, also known as The All-New Cortex Show, was the name of a game project from Traveller's Tales Oxford Studio. It never went past the concept phase, and development for it began after Crash Twinsanity was released. As the title implies, it would have starred Dr. Neo Cortex. The project was led by Keith Webb. Everything that is known about the game was posted on Crash Mania in 2006 by Keith Webb.

At least three proposals were made for how the game would be.